This cluster examines the all important role of spectatorship in a wide array of contemporary Chicana/o cultural productions, from films to hair fashions, to photography, to representations of Chicana factory workers in the global economy. Above all, this cluster unravels the complex as well as novel dynamics of spectatorship operative in the self-representations of minoritized, gendered and sexualized communities that exhibit post-nationalist, feminist and queer sensibilities within transnational as well as hemispheric settings. The specific charge of the cluster is to examine how Chicana/o Latina/o spectatorship is constructed through a series of imaginary dis/identifications with the political imaginaries of historically underrepresented social groups . We are interested in creating an archive of emergent forms of spectatorship that have yet to be catalogued in the critical cultural studies of the 21st century. 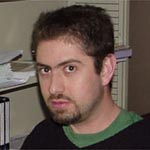 We hope to create interest in our subject matter that is both disciplinary and interdisciplinary, between northern California campuses and across the University of California at Davis. We aim to begin with the compilation of a set of readings, and to follow this up with discussion groups and visits to campus that involve both cultural producers and consumers. We hope to broaden the current field of spectatorship beyond the specificly filmic practices to include everyday practices of life and work and play in the borderlands of historically underrepresented groups, including Chicanas/o, Latinas/os, and other people of color in the Americas. Professors Angie Chabram-Dernersesian and Sergio de la Mora head this cluster.